We are proud to announce two keynote speakers that will be part of our program.

Title: Expect the unexpected: Lessons from a decade of passive network measurements 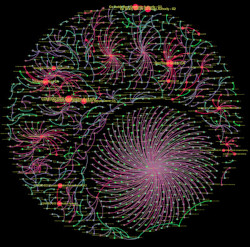 Abstract: Passively monitoring Internet traffic is one of the best and most interesting ways to learn about how machines on the Internet interact with each other. However, running a large-scale passive measurement effort also comes with a number of technical practical challenges. We ran a large-scale, distributes passive measurement of the SSL/TLS protocols for more than a decade. During that time, we got information about the outgoing SSL/TLS connections from our data sources, consisting mostly of large University and Research networks.In my talk, I will concentrate on the lessons that were learned when running a large-scale passive measurement effort. The talk will discuss some of the easy to miss problems that one can encountered when setting up such measurements. It will also highlight some of the unexpected results that we found in our dataset, and highlight the symbiotic nature that can exist between passive and active measurement efforts.Furthermore, I will show some results from our work to highlight how encrypted traffic on the Internet evolved since the early 2010s.

Johanna Amann received her PhD from the Technical University of Munich, Germany. She has been working at the International Computer Science Institute (ICSI) in Berkeley for over 10 years, where she is currently a Senior Reseacher. Her research focusses on network security, especially using passive monitoring. Johanna is also a Senior Engineer on the Open Source team at the cybersecurity startup Corelight. She also is affiliated with the cyber security team of the Lawrence Berkeley National Laboratory.

Abstract: NASA’s Deep Space Network (DSN) serves as the Earth end of an interplanetary communications network. The DSN communicates with and helps to navigate the world’s space missions that venture beyond Geosynchronous Earth orbit. These currently include spacecraft at various planets, near the Sun, and in Interstellar Space – representing ~35 separate space missions. In many ways, this network is similar to the terrestrial Internet – but it also differs in some key areas. We will investigate the similarities and differences and also discuss plans for the future, working toward extending Internet-like connectivity across the Solar System. 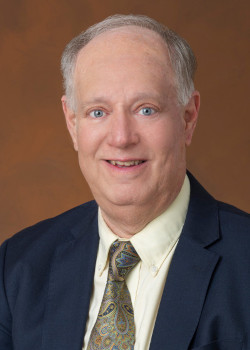 Dr. Leslie J. Deutsch is the Deputy Director of the Interplanetary Network Directorate at NASA’s Jet propulsion Laboratory. This Directorate provides information services to spacecraft exploring the solar system and beyond. The Directorate’s facilities include NASA’s Deep Space Network, the giant antennas used to communicate with these spacecraft.

Dr. Deutsch, a Mathematics graduate of Caltech, has held various positions during his years at JPL including management of several technology programs. He introduced advanced communications technology to the Galileo mission, en route to Jupiter, to compensate for the loss of its main antenna. He also was the NASA lead for the NASA/ESA team that redesigned the Huygens Probe mission to Titan to mitigate an anomaly in the Cassini relay radio system. Les was JPL’s Chief Technologist for the 2002 fiscal year and developed JPL’s strategy for technology development.

Along the way Dr. Deutsch has published over 60 papers in the fields of communications, microelectronics, and spacecraft systems. He also has been awarded more than 25 patents, mostly in electronic music.

Les also travels the world performing in jazz festivals and giving organ concerts. He also holds an official joint appointment at Caltech – as the Institute’s Organist.